The unspoken founder’s quest for freedom

I could have titled it more humbly “The unspoken quest for freedom of a founder” or “Be wary of the enslavement of the founder”. Take your pick.

Over the many conversations I had with people while sharing my entrepreneurial journey since starting my first company, Eagle Genomics, 12 years ago now, one comment that very often came my way is something like “it is so great to be your own boss, have the freedom to make your own decisions”. This comes straight away from the mythology of the entrepreneur and I always warn my audience that that freedom is an illusion even for the entrepreneur/founder. Let me explain.

In the early years as we were getting Eagle Genomics off the ground, it truly felt like the sense of freedom was indeed there. As one of majority shareholders and CEO of the company, how could it be different? I had the freedom; I was anointed to make the final decisions. I also owned the outcomes, good or bad, of these decisions and was also accountable for them, and that’s how it should be.

However as the company grew, we hired more people, raised investment and got new shareholders and company directors, this sense of freedom, the almost physical perception of it, faded away, became less and less palpable. This is not a bad thing; it is actually something a founder should crave for. It was just the natural way of my company, of any company, adapting, surviving, growing, getting stronger, succeeding, and expressing its own desires, but also becoming the master. Soon all decisions had to be taken to satiate with newly created beast, and the delusional and unspoken quest for freedom of the founder, the offering on the altar to appease it.

Now don’t make a mistake, there is nothing wrong in “enslaving” yourself as a founder to your new master, the company, if that still provides you a sense of achievement, purpose and still perceived freedom. But for some, like me, I lost them along the way, and that’s fine. I believe that the founder just needs to be aware of this potential coming transformation from the onset. And when it happens, the founder should acknowledge it and if it does not work anymore, then the first step for regaining that sense of freedom is to act on it, come forward with your own succession plan and exit. I was always inspired and encouraged in that endeavour by the last stanza of the poem Invictus by William Ernest Henley, “I am the master of my fate, I am the captain of my soul” rendered famous by the movie of the same name on Nelson Mandela’s life, struggle and achievements.

All of this pseudo-philosophical mishmash is a very elliptical way to share my experience as I leave the first company I founded. It might prove useful for newly inspired entrepreneurs. I’ve also updated my LinkedIn profile with some overdue information, the main ones at least.

Indeed after 12 years at the helm and other leadership roles of Eagle Genomics, I’m leaving with a great sense of achievement, although with a slight feeling of unfinished creative work. But “I am not afraid of being overpowered by the impression. It will pass away soon enough”. 🙂

It has been a fantastic and incredibly humbling journey taking part in shaping Eagle Genomics from what was just a rough idea on a piece of paper in 2007 with Will Spooner and soon after Richard Holland, to what the company is today.

The journey would have not been the same in intensity of learnings and experiences if I had not gone through it with great people by my side. I want to thank all my collaborators at all levels at Eagle Genomics for their fantastic work along the years. More importantly I am grateful for their patience with me in general, with my impatience in particular and sometimes with my too straightforward and to the point communication style. I hope you won’t hold them against me too long 🙂

It has been a privilege working and interacting with them all, in good and bad times, from Cambridge to Hyderabad or London to New York. I had a great time and I’m truly grateful for it.

I want to thank all members of the board of Eagle Genomics, in particular Cliff Meltzer, Simon Thorpe and Anthony Finbow for their support and help in putting in place my succession plan for my orderly and painless exit. I know from other founders that this step is often messy. I’m truly relieved mine was not. 🙂

I wish Eagle Genomics and all the team the best of success in the years to come. I will definitely keep in touch. I’m already seen exciting news in the wire about your latest achievements.

I’ve now joined the CMS Ventures team as Investment Director under Hanadi Jabado’s leadership. I’m excited to bring my entrepreneurial experience, Life Sciences & Digital expertise to unearth the most exciting and innovative startups in the UK ecosystem. I have not completely abandoned the entrepreneurial path and I continue to be involved in mentoring startups and coaching founders in my close network as well as getting involved in some of them more formally in stealth mode at the moment….and always with my quest of freedom in a corner of my mind. That’s my Spanish heritage talking and a flavour of Don Quixote I guess. 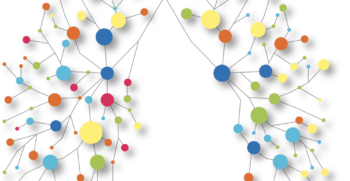 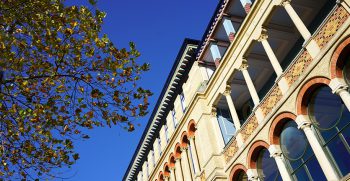 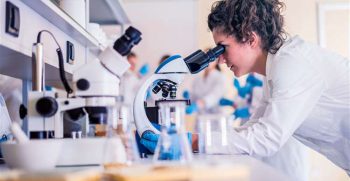